On a recent visit to Dublin I navigated through a Tuesday morning rush hour along Herbert Place, a few feet above the slow-moving waters of the Grand Canal.

As I did so, I wondered what the bard of Baggotonia, Patrick Kavanagh, would make of his old strolling ground.

The 50th anniversary of the poet’s death falls in November, and the Dublin that he left behind in 1967 is as dearly departed as the man himself.

The city of pubs and priests, holy hours and holy grail civil service jobs – the city Kavanagh knew, if not loved – no longer exists, thankfully. The 8am surge along Wilton Terrace moves with the same speed and attitude as that on lower Manhattan, or Canary Wharf.

Few wallow in the habitual or the banal in 2017, it seems. Why should they?

And what could a 20th century farmer poet from rural Co Monaghan have in common with today’s Baggotonians? 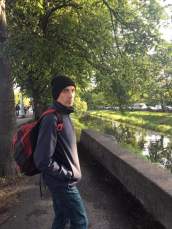 Little enough, I thought, until – days later – verses from one of Kavanagh’s later poems came to my mind.

‘Thank You, Thank You’ was written as an epilogue to a series of university lectures the poet delivered in the early 1960s. Part of the poem warns against nostalgia:

Don’t grieve like Marcus Aurelius
Who said that though he grew old and grey
The people of the Appian Way
Were always the same pleasant age
Twenty-four on average.

The words resonate across the span of a half century, from a poet seated by still canal waters to commuters whizzing by in 2017, yards from where he once rested. And whether we were there or are here, whether we were then or are now, we are not alone.

The One City, One Book event run annually in Dublin always strikes me as a tease.

Whenever I read of this year’s nominated book I usually think: what of X, or Y – when will Z get the credit it deserves?

Some years ago a visiting friend asked me what books she should read ahead of a visit to the city. I was stumped. Who would to attempt Ulysses as a primer for a city break? Kavanagh’s Baggotonia represents Dublin but just one part of it.

I’ve found myself similarly stumped when travelling abroad. For years I’ve sought out The Great London Novel – to no avail. Dickens, Greene or Ackroyd each wrote part of what that city is, but as the deeper I read the more I’m left with a sense of the enormity of the task, the impossibility of knowing the place through literature.

Perhaps it’s a side-effect of Twitter, or a symptom of distraction, but lately I’ve turned to extracts, simple paragraphs, as triggers to evoke a memory or mood of certain places.

In the past year I’ve spent time in three world cities – all of which are of course impossible to depict in a single paragraph. But if I had to pick…

…my first choice would be Pete Hamill’s Whitman-esque evocation of his home city in Downtown: My Manhattan, an account written by a man – as I always envisage him – standing alone on that island’s west side piers on a late Autumn afternoon, just before sundown.

Go down to the North River and the benches that run along the west side of Battery Park City. Watch the tides or the blocks of ice in winter; they have existed since the time when the island was empty of man. Gaze at the boats. Look across the water at the Statue of Liberty or Ellis Island, the place to which so many of the New York tribe came in order to truly live…Gaze at its ruins and monuments. Walk its sidewalks and run fingers upon the stone and bricks and steel of our right-angled streets. Breathe the air of the river breeze.

My wife is from Los Angeles and I’ve spent time there, but not enough to fully appreciate the astonishing capacity it offers for reinvention, the cost of which is grinding failure, the reward searing success. Joan Didion understood the distance between the two, writing in Slouching Toward Bethlehem.

The future always looks good in the golden land, because no one remembers the past.  Here is where the hot wind blows and the old ways do not seem relevant, where the divorce rate is double the national average and where one person in every thirty-eight lives in a trailer. Here is the last stop for all those who  come from somewhere else, for all those who drifted away from the cold and the past and the old ways.  Here is where they are trying to find a new life style, trying to find it in the only places they know to look:  the movies and the newspapers.

Finally, to Joyce – and Dublin. Not Leopold Bloom’s city wanderings, but rather those of Mr Duffy in the Dubliners‘ story ‘A Painful Case’, who pauses on a hilltop in the Phoenix Park and looks over the city stretching eastward along the Liffey, thinking of his deceased lover.

When he gained the crest of the Magazine Hill he halted and looked along the river towards Dublin, the lights of which burned redly and hospitably in the cold night. He looked down the slope and, at the base, in the shadow of the wall of the Park, he saw some human figures lying… He turned his eyes to the grey gleaming river, winding along towards Dublin. Beyond the river he saw a goods train winding out of Kingsbridge Station, like a worm with a fiery head winding through the darkness, obstinately and laboriously. It passed slowly out of sight; but still he heard in his ears the laborious drone of the engine reiterating the syllables of her name.

“Only connect” wrote EM Forster. But with what? What is it that links us, that bridges the gap between each of us as we exist, in Patrick Kavanagh’s words, “alone in our loneliness“?

Does such a comfort even exist? If so, does this common thread transcend place, language, gender, even time?

How easy is to access this ‘oneness’? Is it as simple as a look or a conversation, or is it realised only after a long period of communication, by way of friend- or relationship?

Identifying, describing and celebrating this human connection has always preoccupied writers and poets, of course.

But seeking and finding the connection often comes easier, in my experience, to musicians. Perhaps this is because music can be, for many, a more direct and immediate form of emotional transfer that the written or spoken word.

It’s apt then that one of the best descriptions of human connection, its origins, reality and reach, came from a man who has spent a life singing his poems. 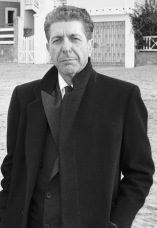 On being asked if melancholia produced better art  Leonard Cohen, who turned 80 this week, took the question and answered with hardened, learned insight.

His response is a description of what links us, often despite ourselves, as we push on through – the feeling of a ‘human chain’.

“We all love a sad song. Everybody has experienced the defeat of their lives. Nobody has a life that worked out the way they wanted it to. We all begin as the hero of our own dramas in centre stage and inevitably life moves us out of centre stage, defeats the hero, overturns the plot and the strategy and we’re left on the sidelines wondering why we no longer have a part – or want a part – in the whole damn thing.

Everybody’s experienced this, and when it’s presented to us sweetly, the feeling moves from heart to heart and we feel less isolated and we feel part of the great human chain which is really involved with the recognition of defeat.”
_____

Note: I like the idea of ‘life hacks’ – pieces of advice, knowledge, insight, admonitions; discrete mind shots that improve life and produce an awareness of living.
The Lifehacks section of the blog is where I’m collecting and collating them.

Ernest Hemingway sailed the Caribbean in the Pilar, spending much of his time fishing for marlin out of Bimini; the fish later featured in his greatest work.

Marilyn Monroe, disillusioned with fame yet planning new movies, died of a barbiturate overdose at her home in Los Angeles.

Edmund Hillary published High Adventure, an account of his successful ascent of Everest.

Raymond Carver left the Iowa Writers’ Workshop, where he had drunk often (and worked occasionally) with fellow alcoholic John Cheever, hoping that a change of location would help him sober up.

Siddharta Gautama attained enlightenment following 49 days of meditation, after which he was known to followers as the Buddha.

Marie Curie was awarded the Nobel Prize in Physics for her researches on radiation.

J.M.W Turner completed Hannibal Crossing The Alps; contemporary critics branded his impressionistic landscapes as “pictures of nothing, and very like.”

Woody Guthrie wrote Deportee, after reading a newspaper report of the death of 28 Mexican farm workers in a plane crash at Los Gatos, California.

Bob Dylan finished the Rolling Thunder Revue tour, having released his 17th album Desire; it went to number one in the Billboard Pop Albums chart.

Dorothea Lange traveled to New Mexico with her husband and two children, frustrated that family life had limited her photography.

Patrick Kavanagh published his poem on rural deprivation, The Great Hunger; every copy of the magazine it first appeared in was seized on the orders of the Irish government.

Gertrude Stein continued to encounter difficulty in selling her writing to publishers, despite critical acclaim for her first novel Three Lives.

Dylan Thomas began work on Under Milk Wood, having completed his first American tour; shortly afterwards he dropped it to script a film for the Anglo-Iranian Oil Company.